A record 3277 runners and walkers lined up in the 2017 B&E Hobart Run The Bridge on Sunday 19th February.

This was the greatest participation level of the event since it began in 2010, with participation spread well across the 4 events on offer. 1320 entered the B&E 10km, 1189 the Hobart Jaguar 5km run, 539 in the Menzies 5km walk and 229 in the Betta Milk 1km.

"We say congratulations to everyone who took part once again and continued leading a healthy and active lifestyle. Events like the B&E Hobart Run The Bridge are so important for society in an era when we are becoming dangerously sedentary. So good on everyone who toed the line," Race Director Richard Welsh said.

At the pointy end it was dual Olympian Dave McNeill who set a new 10km course record of 28:57 and won the battle of the sexes. It was a tight encounter as he only overtook the leading female in the finishing straight to claim the $2000 bonus, in addition to the $3000 first prize. His total pay day of $5000 makes it the richest 10km event in Australia.

"When we developed this 'battle of the sexes' concept we hoped for some exciting finishes. This year was about as thrilling as you can get, a handicapped sprint finish between a world class male and female athlete, with $2000 bonus on the line," Welsh said.

This year also saw the introduction of the new Menzies 5km Walk. Starting at Montague Bay Primary School, it also allowed entrants the experience of crossing the Tasman Bridge and take in the beautiful sights of Hobart with friends and family.

See all the results from #HRTB17 here

The 2018 B&E Hobart Run The Bridge will be on Sunday 18th February. 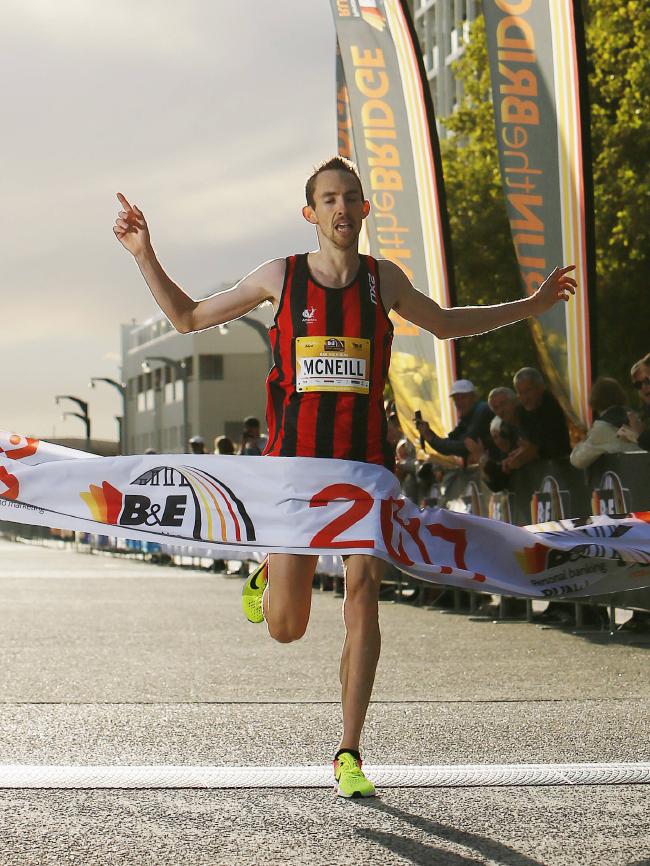