Adams claims first 'battle of the sexes' as a record 3112 participants lined up in the three events on offer, including the B&E 10km, Hobart Jeep 5km and Ralphs Bay Storage 1km.

Adams is now the only three-time winner of the event, as he outkicked Commonwealth Games marathon champion Michael Shelley and Olympic steeplechaser Victoria Mitchell.   Mitchell led the race until 500m to go, when she finally got gobbled up by the leading men as Adams and Shelley fought it out for the win and gave men the first year bragging rights for the new 'Battle of the Sexes’ concept.

“I thought she had us. I saw her with a km to go and thought nah we’re not going to get her and that is was a battle between Michael and I for second place but he really pushed me and we somehow caught Vicky,” Adams said after clocking 29minutes 3seconds.   The multiple Australian representative was thrilled to add another title to his growing collection in what many considered the best 10km field Australia has seen in decades.

“It was a quality field, I thought the way it panned out was a bit slow at the start.  Its about the pace I’ve been training at (marathon pace). Right at the end Michael Shelley really pushed me and really put me in a hurt zone, I haven’t been running that quick before so I was very surprised I got him in the end,” he added.   The Victorian is a constant winner in Tasmania, having taken out the B&E Burnie Ten, B&E Launceston Ten, Cadbury Marathon and now three B&E Hobart Run The Bridge titles.

“They just have great races down here in Tasmania. Its always fast and always has quality fields, I’ve had some great races here and I love running here,” he said after his final hit out before attempting to qualify for the Olympic marathon in Japan on March 6.   Shelley was just a stride behind Adams in the end, running 29:05.  While four time Olympian Craig Mottram placed third in 29:37.   Swede Mikael Ekvall and Irishman Stephen Scullion finished fourth and fifth, both under the 30minute mark.   For Mitchell the womens crown came as a bonus, as she initially came down to race just the 5000m at last nights Briggs Athletics Classic.   “I was under doping control last night so I didn’t get back till my apartment until after 11, then bed at midnight, it doesn’t really phase me, it’s the night before that and the night before that that’s important,” the flamboyant steeplechaser said.   Initially it was London Olympians Eloise Wellings and Jess Trengove who pushed the pace, as the lead women began 4minutes and 12seconds in front of the men.  However the B&E Burnie Ten champion held her composure during the middle stages before making her move.   “I sat in the pack, Eloise and Jess were at the front, I was just behind them, then going up Rosny hill Eloise and I broke away, I got ahead, she then injected more speed going over the bridge and got ahead of me. I just rolled down the hill, got ahead of her and ran strong.   “For some reason coming off the bridge, I just kept feeling alright and kept going. It was one of those races that actually came together,” she said.   Former Launceston resident Milly Clark was impressive, placing second in her first race since running an Olympic marathon qualifier back in October.  The 26 year old clocking 33:55 to beat home Trengove by four seconds, with Wellings just adrift in 34:11.     In the Hobart Jeep 5km event, Devonport’s Jimmy Lyall upstaged professional triathlete Dylan Evans to take the win, with Joshua Chugg taking third.   Mel Daniels comfortably won the women’s race ahead of Ebony Webb and Ruby Smee.   Go here for a full list of results.   Video highlights are also available here.  A highlight clip will be promoted on the #HRTB16 social media pages later today.   Also click here to see and download complimentary race photos from the day, with credit to Epic Events and Marketing if being published.  Participants will receive emails in the coming days from Marathon-Photos.com. 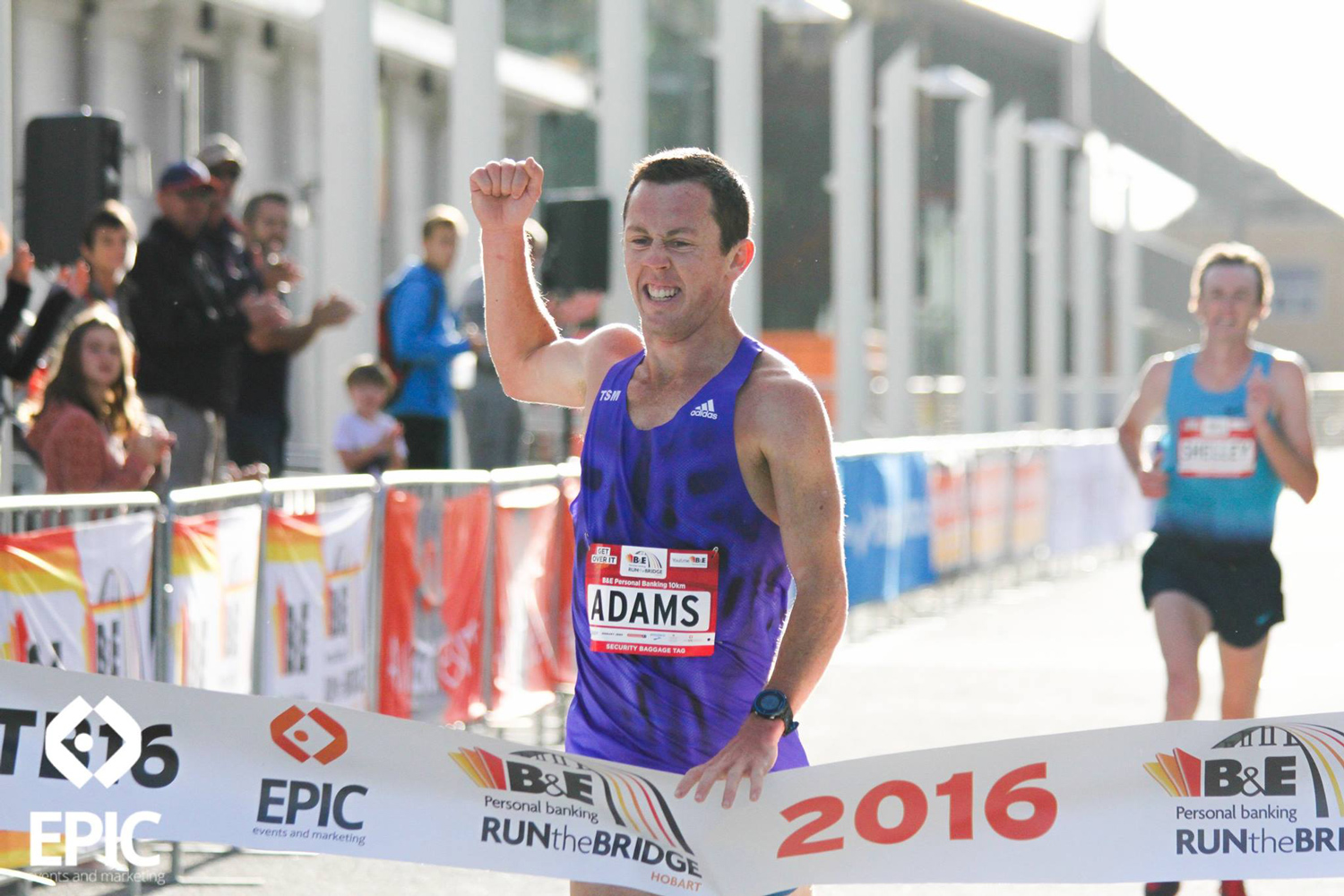