Usain Bolt’s Nitro Athletics team mate Camille Buscomb will tackle the B&E Hobart Run The Bridge next week, once her commitments to the great man’s team in Melbourne have concluded.

Buscomb will take on a crack field just a week after being part of Bolt’s global team of stars on the world stage in the new team athletics event.  She said it was phenomenal to have received the call to be a part of Bolt’s All Star team.

“It was really awesome to be chosen.  The distances that I’m to be racing might not suit me, but to be part of the whole event has made the transition to my next race really exciting,” the 26-year-old said.

On the opening night, she ran the 3minute challenge against Australian captain Genevieve Lacaze and said the whole night was a different vibe to any meet she’d run at before.

“It was kind of electric, there was lots of energy and it was kind of surreal.  We were interacting with the athletes like Bolt and Powell and they were normal guys,” she added.

It will be the first-time racing in the B&E Hobart Run The Bridge for Buscomb, but after winning the Australian 10,000m title in December at Zatopek, Buscomb is confident she can match it with athletes like Australian Olympian Milly Clark.

“My coach Nic Bideau was pretty keen for me to do it, because I did the 10k at Zatopek and so I did another training block and now he wanted me to do another 10k before my next attempt at the distance in the USA in May.

“I’ve been over here in Australia since the 3rd of January and was here all of November and some of December.  I’m mostly away with the Melbourne Track Club most of the year,” she said.

When asked what she knew of the race, she had more questions than answers herself.

“I know Eloise Wellings has done it and Charlotte Purdue has done it but I’d like to know more,” she laughed.

England’s Purdue will also line up once again, after finishing 9th last year in the race.  However, the Commonwealth Games representative returns in greater form this year, similar to that which saw her set the English junior 10,000m record.

Sweden’s Maria Larsson will make her debut at the event.  The 22-year-old is a former European junior steeplechase champion and has pedigree over the 10km distance after taking out the Stockholm 10km last year.

When told about the ‘Battle of the Sexes’ concept, Buscomb could hardly contain her excitement.

“That’s so cool, I’ve never done a race like that before so I’m looking forward to it,” she added.

As for her thoughts on how Nitro Athletics will go in other parts of the world after its world premiere in Melbourne last week?

“I hope it takes off.  Honestly I think other countries will want to be involved as it was a bit unknown this year.  Some athletes didn’t nominate because they didn’t understand what it was but in the future it will get better when the competition is stronger,” Buscomb said.

Buscomb will compete in Nitro Athletics again on Thursday 9th and Saturday 11th February, before lining up in her preferred 10km distance at the B&E Hobart Run The Bridge on February 19. 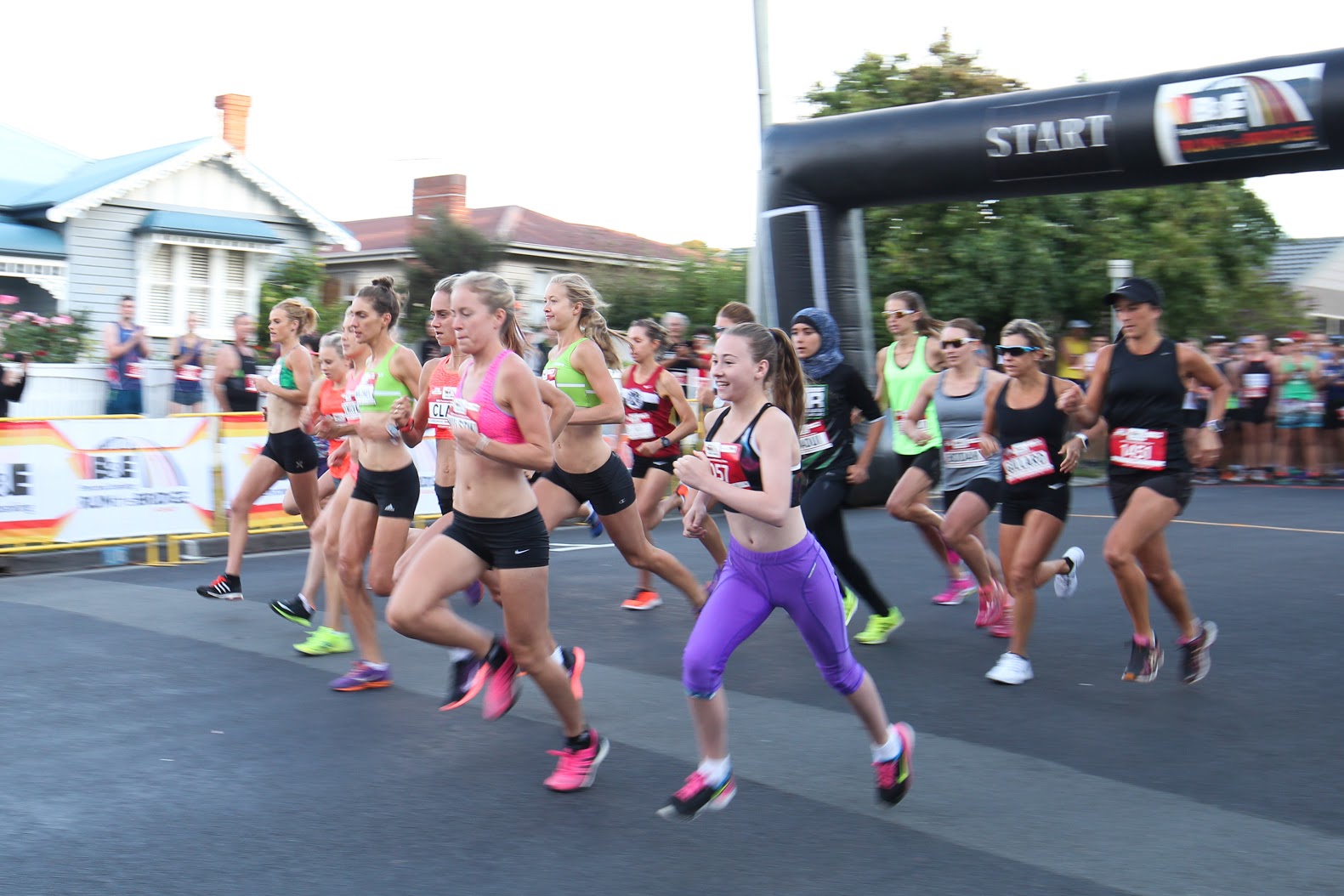