Lisa Weightman will use the Bank of us Run The Bridge as a crucial lead in race to this years Commonwealth Games marathon.

Triple Olympic marathoner and event course record holder Lisa Weightman is a confirmed starter for the 2018 Bank of us Run The Bridge.

Weightman ran the course record of 33minutes 15seconds on her way to victory in 2012 and months later went on to place 17th in the London Olympics Marathon.

“When I ran the course record we had a gorgeous day.  I remember the finer details of the race, the relaxing stay pre race, warming up at the stadium and how quiet and peaceful it was crossing the bridge.  It will be wonderful to experience Hobart once again," the Victorian said.

Despite her age of 39, Weightman is flying.  In 2017 she rocketed to 3rd on the Australian all time marathon ranking behind Benita Willis and Lisa Ondieki when she placed an astonishing 5th in the world renown London Marathon, clocking 2:25:15.

Now in a Commonwealth Games year and having previously won the bronze medal at Delhi in 2010, Weightman has been blazing training in a scorching Melbourne summer.

“I’ve been training quite hard for weeks and weeks and I’ve been saying to my husband Lachlan there’s so many reasons to get excited about heading back to the Bank of us Run the Bridge, one being I get a taper week,” the IBM Business Analyst said.

Weightman admitted she was excited to test out the 'battle of the sexes' concept for the first time.  Implemented in 2016 as an Australian racing first, the elite women receive a head start on the main field, including the elite men, equivalent to the difference between the mens and womens course records.

With Dave McNeill setting a new course record by 6seconds last year of 28:57, the elite women will now receive a 4minutes 18second head start on the men.  The first 'person' across the line will receive a bonus $2000 on top of the $3000 first prize.  The $5000 bounty making it the richest 10km race in Australia.

In 2016, Liam Adams was the first victor in the concept, with McNeill taking the 2017 crown, mowing down Ethiopia's Makda Haji with just metres to spare.  As course record holder, Weightman was thinking 2018 could be the year for the women to take the bonus for the first time.

"If Mo Farah is running then it's probably not enough time.  Has he been invited," she laughed.

“I’ve been a bit busy since I ran the course record...becoming a mum to a now 3 year old always running toddler!  I’m pretty sure that my improved marathon form is related more to the extra training I get than the baby boost,” she added. 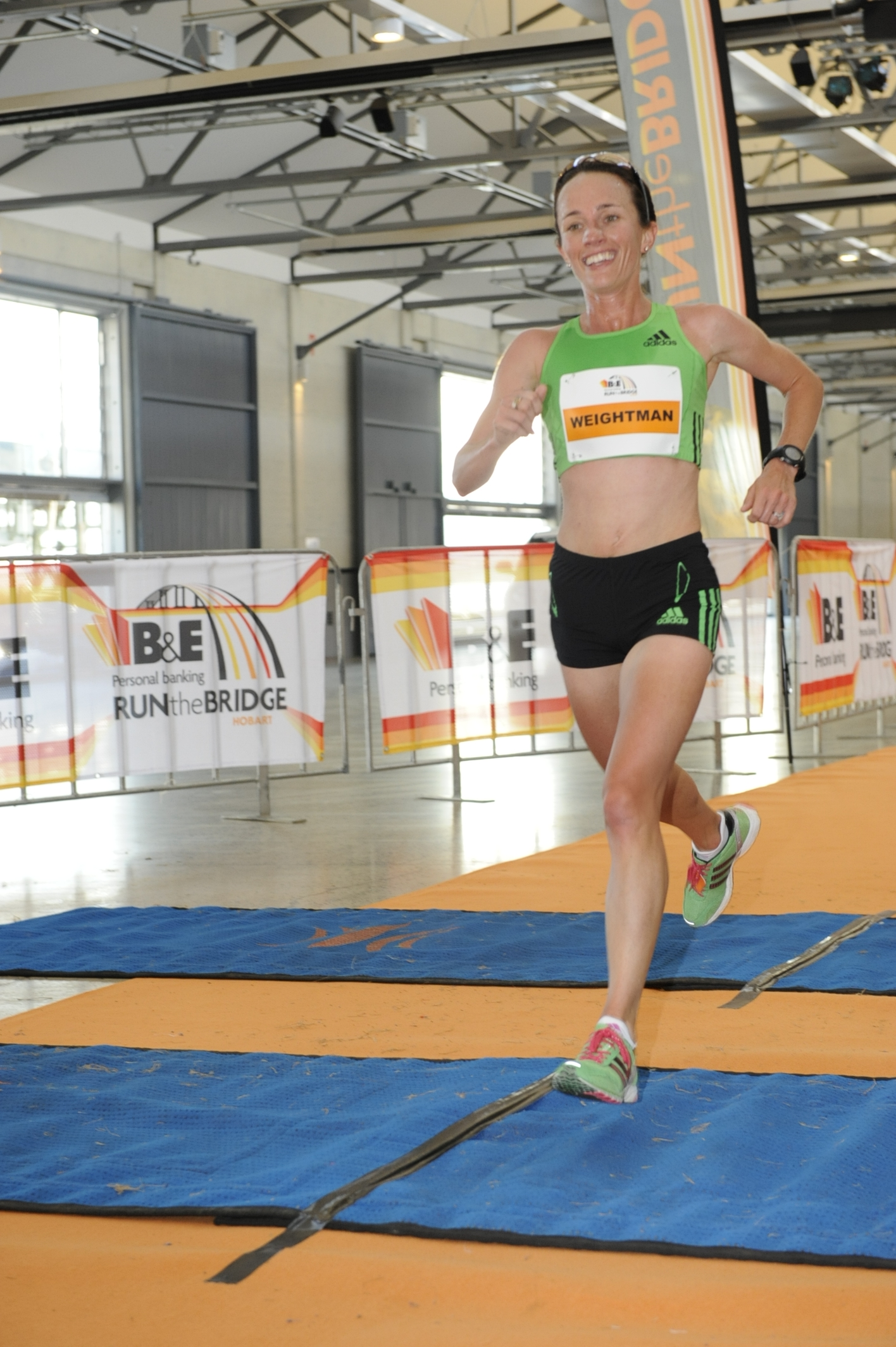