2015 B&E Hobart Run The Bridge winner and two time Olympian Dave McNeill is set to make a return to the race he dominated just two years ago.

2015 B&E Hobart Run The Bridge winner and two time Olympian Dave McNeill is set to make a return to the race he dominated just two years ago.

After having the year of his career in 2016 that included an Olympic final over 10,000m, McNeill said he is excited to build on that momentum and see what 2017 can bring.

“This will be hopefully a new year and fresh start, building on the Rio performance where I placed 16th in the world.  I’ve had a good month of altitude training now and have knocked out some good sessions and I’m feeling pretty fit,” McNeill said from his current training base at Falls Creek in the Victorian high country.

The 30-year-old clocked the third fastest ever winning time on the course in 2015 of 29minutes 11seconds when he beat home three-time winner Liam Adams and Kenyan Olympic Champion Reuben Kosgei and said that despite the hills, the course is rated as a fast one on the national distance running scene.

“I’m looking forward to coming back to Hobart, I raced there a few years ago with some success and hopefully I can put in a similar performance.  It’s deceivingly quick because the first half is undulating as it’s a challenging course.  I like that and breaking up the rhythm as it adds to the experience.  You get off the bridge and it’s a little more downhill in the second half.  I think the undulating terrain keeps it interesting and keeps you thinking during the race.  Maybe with some good conditions we might have a crack at getting under 29min.

Having represented Australia at the Rio and London Olympics and regularly making Australian senior teams since 2007, McNeill said he had never raced in an event that had ‘Battle of the Sexes’ concept, where the men will give the women a 4min 12sec headstart, which is the difference between the men and women course records.  The first ‘person’ across the line will receive a bonus $2000, in addition to the $3000 first prize for each male and female making it the richest 10km road race in Australia.

“I’m eagerly anticipating another dimension to the racing experience.  Obviously there will be a few handy guys to contend with and hopefully we can make some headway on the headstart the girls get in the end.  This will be the first time racing with this concept and give that little bit of incentive to race harder at the end,” the Victorian who has a 10,000m personal best of 27:45.01 added.

After the February 19 race, McNeill will turn his attention to qualifying for the 10,000m at the IAAF World Championships in London, but hadn’t ruled out returning to Tasmania for further races in 2017 as he is hoping to race more in Australia for the next year at least.

“I’m studying physiotherapy so that’s a new challenge for me to keep the mind active.  I’m definitely looking at world champs in London in August and the 10,000m for that.  Then a bit over 12months away will be the Commonwealth Games, so hopefully just build on last year which was definitely one of my better years.  I will be more domestically located this year and might try to do the Tasmania 10k triple of the B&E Hobart Run The Bridge, B&E Launceston Ten and B&E Burnie Ten,” McNeill said.

The B&E Hobart Run The Bridge is on Sunday February 19. 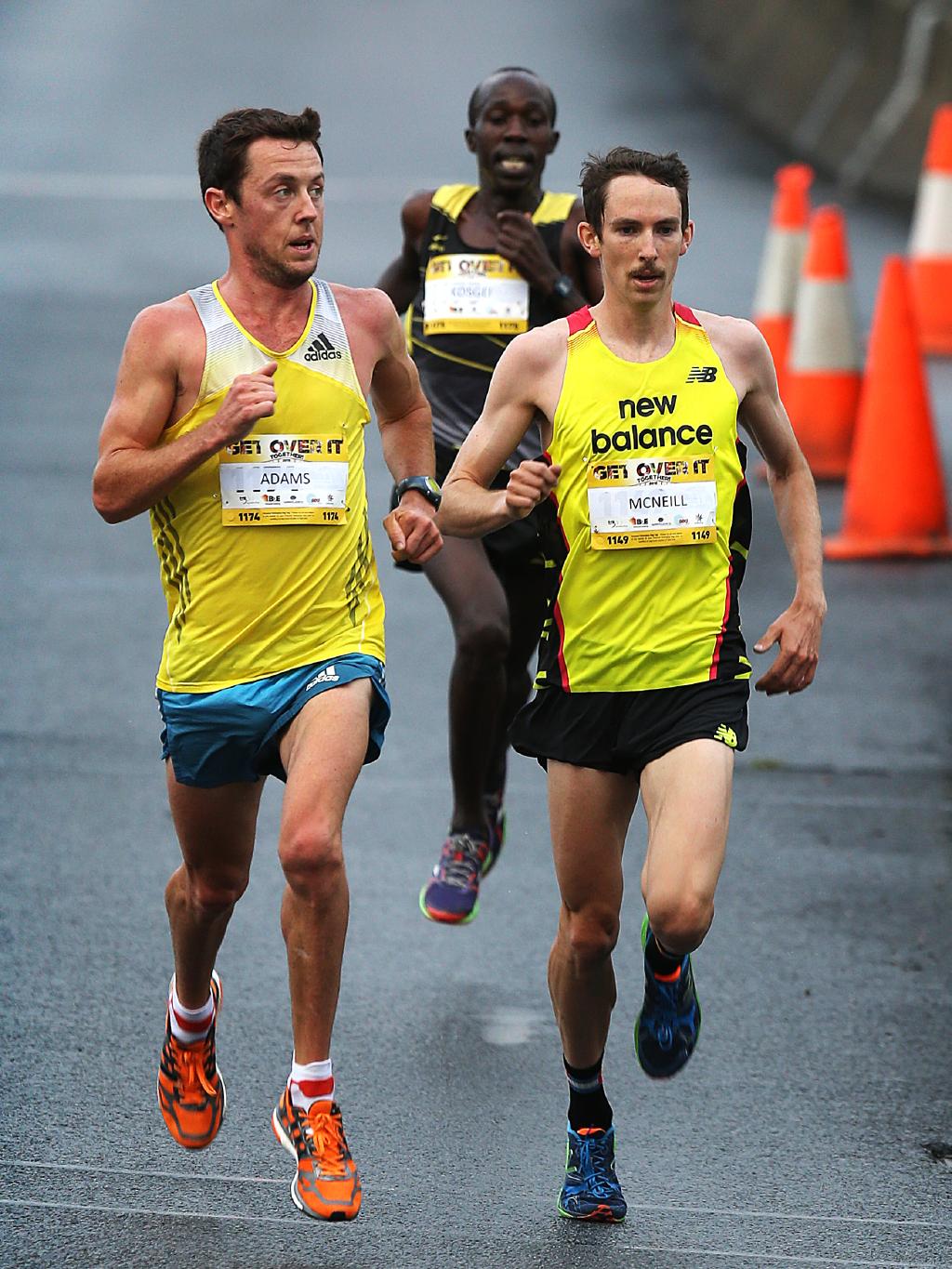