Check out the first blog from Ebony Webb - our first ever scholarship holder.

In conjunction with The Running Edge, this year we created a B&E Hobart Run The Bridge Scholarship Holder.

Basically, it is a scholarship that goes to a young athlete who participates in the B&E Hobart Run The Bridge who catches the eyes of the organisers as someone with talent, that isn't currently sponsored.

The winner receives a $500 voucher to The Running Edge, flights interstate to an event of their choice and free entry to the following years B&E Hobart Run The Bridge.

This year the winner was Hobart's Ebony Webb. At just 16 years of age, she won the Hobart Jaguar 5km and really caught our eye. We'll follow her journey in the lead up to February 18 and look forward to following her progress over the years.

You'll also get to enjoy some of her blogs along the way. Starting with her first one now;

Running in the 2017 B&E Hobart Run the Bridge was something I was looking forward to doing for a long time. I had run this fun run 5 times before so in knew how much fun it would be and couldn’t wait for the race to come.

When race day was finally upon us, I arrived at the starting point and began warming up, ensuring I had the 10km course in eye sight so that I could watch the elite runners go by. Having so many elite men and women run past on a highway in Hobart is not something you see every day.

Once it was time to go and the starting gun had gone, everyone started sprinting towards the bridge. There was a small hill at the start of the race which reminded me I couldn’t sprint the entire 5km and I started getting into a good rhythm. Running onto the highway and looking straight at the bridge, I could see how far I had to go until I reached the top. At this stage I was mentally breaking up the race and focussing on getting to the top of the bridge whilst maintaining a reasonable pace.

Running over the bridge like this is something you can only do once a year and is one aspect which makes this race so much fun. For me, getting to the top of the bridge and seeing a long, downhill stretch is awesome.

Once I was off the bridge I knew that the climb up to the cenotaph would be tougher than expected so I focussed on staying with some of the people around me. Running through Hobart and onto the wharf occurred quickly and in no time, I could see the finish line.

I was very happy to come first out of the 5km women and was super excited when I found out I’d won the B&E Hobart Run the Bridge / The Running Edge Scholarship. 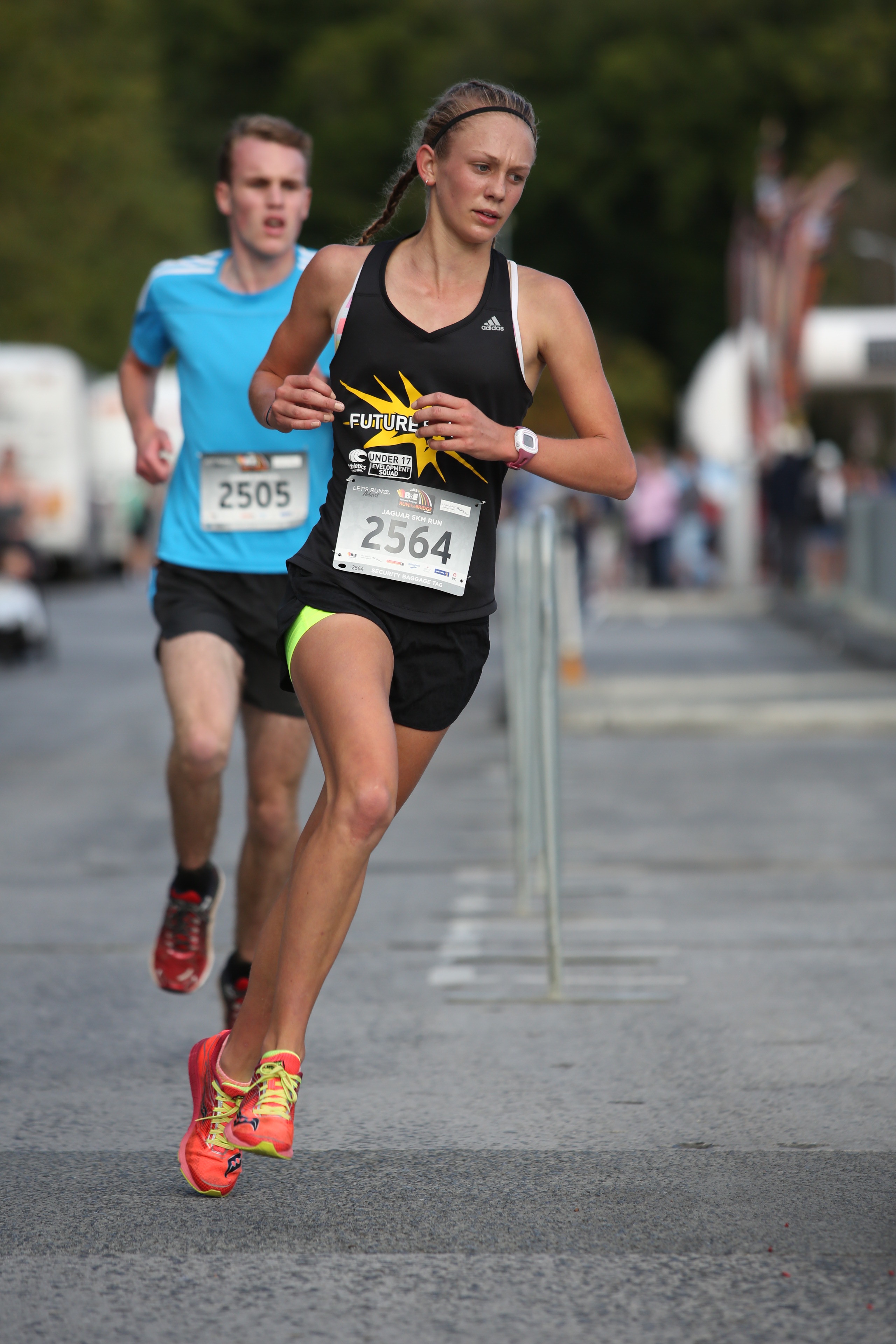