In 2019, Hobart Run The Bridge produced the fastest 10km time of any event in Australia.

All the ingredients are there for an even faster race this Sunday, with both the men's and women's elite fields wide open.

Following his 28min 30sec course record last year in the City of Hobart 10k Run, Olympic 5000m finalist Brett Robinson has to start favourite.  Only weeks ago he became the fastest Australian ever over a 1/2 marathon, so will carry plenty of confidence on Sunday morning.

"I think I am in shape to run the record again, but most important is winning the race," he declared.

It's a good point, for winning won't be easy.  4 time previous winner Liam Adams says himself he is in the shape of life, after a recent training camp at Falls Creek.  The Rio Olympian is searching for his second Olympic appearance and needs to produce a qualifying time in his next attempt at the 42.195km journey after falling just 6seconds short of the standard at the Gold Coast Marathon last year.

"I’m definitely coming in with better form than last year. I’m currently doing a really strong block of marathon training which I should be able transform that strength into a fast 10km. I’m hoping to run at least 20 seconds quicker than I did last year.

It will be his 8th appearance at the race, for 4 wins, a second, a third and a fifth.

"This is probably the best 10km race in Australia. It seems to be the complete package race. It’s challenging, it’s scenic, it’s iconic, it’s got a fantastic atmosphere and vibe, and always manages to deliver fast times. It’s developing quite a reputation amongst the running community as a must do race," Adams said.

Australian 1500m record holder Ryan Gregson has only raced the distance twice, for a win and a second at the Burnie Ten.  A perennial race winner and big time performer, The New South Welshman will be competitive deep into the race.

25 year old Jack Bruce had a blinder of a run at the Australian 10,000m Championships in December, running a lifetime best of 28:15.  Along with NSW state 5000m champion Kieran Tall.

In all, there are 10 men who have personal bests under 30minutes lining up.

Starting 4minutes 11seconds ahead of the men will be the elite women, which is also set to be a fast and wide open race.

Perhaps starting as slight favourite will be Canadian Olympian Andrea Seccafien.  She returns after placing third in a road personal best time of 33:44 in 2018 behind Lisa Weightman when she set the women's course record of 32:41 in the same race.

She carries the fastest personal best in the field at 32:48, set just in December in Melbourne and will start full of running after breaking the Canadian half marathon record only 3 weeks ago.

30 year olds Casey Wood and Tara Palm are seperated by only 1second on lifetime best times over the 10km distance and both will challenge for the win.

Then there is the defending champion and Tasmanian trailblazer Milly Clark.  The 30 year old has already clocked an Olympic marathon qualifier and last month broke Lisa Ondieki's Cadbury Half Marathon record in 73:01, before backing up just 2 hours later to run 34:03 to win the 10km.

"I'm ready to go.  My training has been the best it's ever been recently.  it's an open race, with several of the girls who can win it and I'm looking forward to the challenge of a world class race in my home state," Clark said.

$3000 first prize will be awarded to both the first male and female, with the 'Battle of the Sexes' winner earning a further $2000.

A comprehensive livestream will be produced of the event, with rights free vision available to media.  It will be hosted on the Epic Events and Marketing YouTube page here, with the broadcast to start from 7:15am.

The day's timetable is;

Motorists are reminded the Tasman Bridge is closed to all public traffic from 7am - 9am.  A lane will be available to emergency vehicles only. 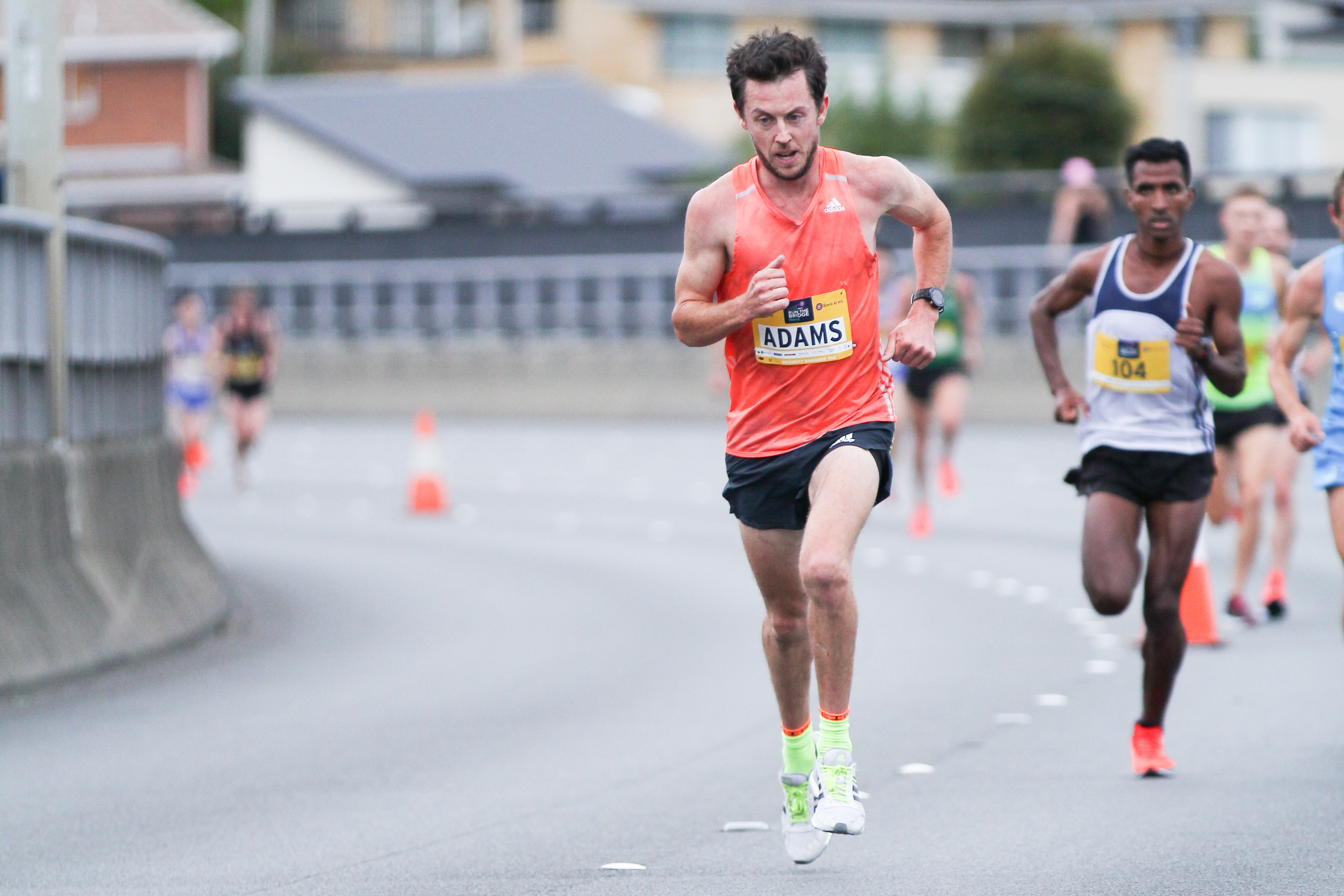