We're now known as the Bank of us Run The Bridge and entries are now open.

The 2018 Bank of us Run The Bridge was launched today with a new name, logo and championship for athletes to race for on Sunday 18 February.

With 3277 participations involved in the 2017 edition, the iconic event will once again feature four events for runners and walkers to choose from, including the Bank of us 10km, Hobart Jaguar 5km run, Menzies 5km walk and Betta Milk 1km events.

"We feel like we've got the right balance for the event now.  The event started in 2010 with just the 10km, which remains as the serious race and is growing in prize money and stature each year.  The 5km events combined now appeal to more people, who obviously see the chance to run across the bridge as an amazing experience," Race Director Richard Welsh said.

The Bank of us 10km event has cemented its spot as one of the top 10km road races in Australia, with $5,000 going to the winner of the battle of the sexes and now a chance to be crowned the Oceania champion.

“We are excited for Tasmania, to yet again host an Oceania 10km Championships. The last few years has seen this race evolve into one of Oceania’s’ premier road running races," Oceania Athletics President Geoff Gardner said.

"We are pleased to partner with Richard Welsh, Managing Director of Epic Events and Marketing and his company, as we see what they are doing to grow the sport and attract new participants to their events,” Gardner said.

This years battle of the sexes will return for the third year, with men being victorious on the first two occasions.

"Dual Olympian Dave McNeill caught Ethiopia's Makda Haji in the final 20m in the last race, but in the process he broke the course record to 28:57.  Now the women will receive an increased head start to 4minutes 18seconds over the rest of the field including the elite men," Welsh explained.

Hobart Doctor Henry West, who was recently awarded the Rhodes Scholarship for Tasmania to study a PhD at Oxford University on Cardiovascular research was calling out for Tasmanians to increase their physical activity through events such as the Bank of us Run The Bridge.

West was also an award-winning research student in heart disease at Menzies.

"It's no secret that a risk factor for cardiovascular disease is being sedentary.  Events such as this provide people an opportunity not to just complete one event, but to establish regular lifestyle choices to be active.  With the weather warming up, there's never been a better time to put one foot in front of the other," Dr West said.

The Bank of us Run The Bridge is on Sunday 18 February 2018 and entries are now open at www.hobartrunthebridge.com.au 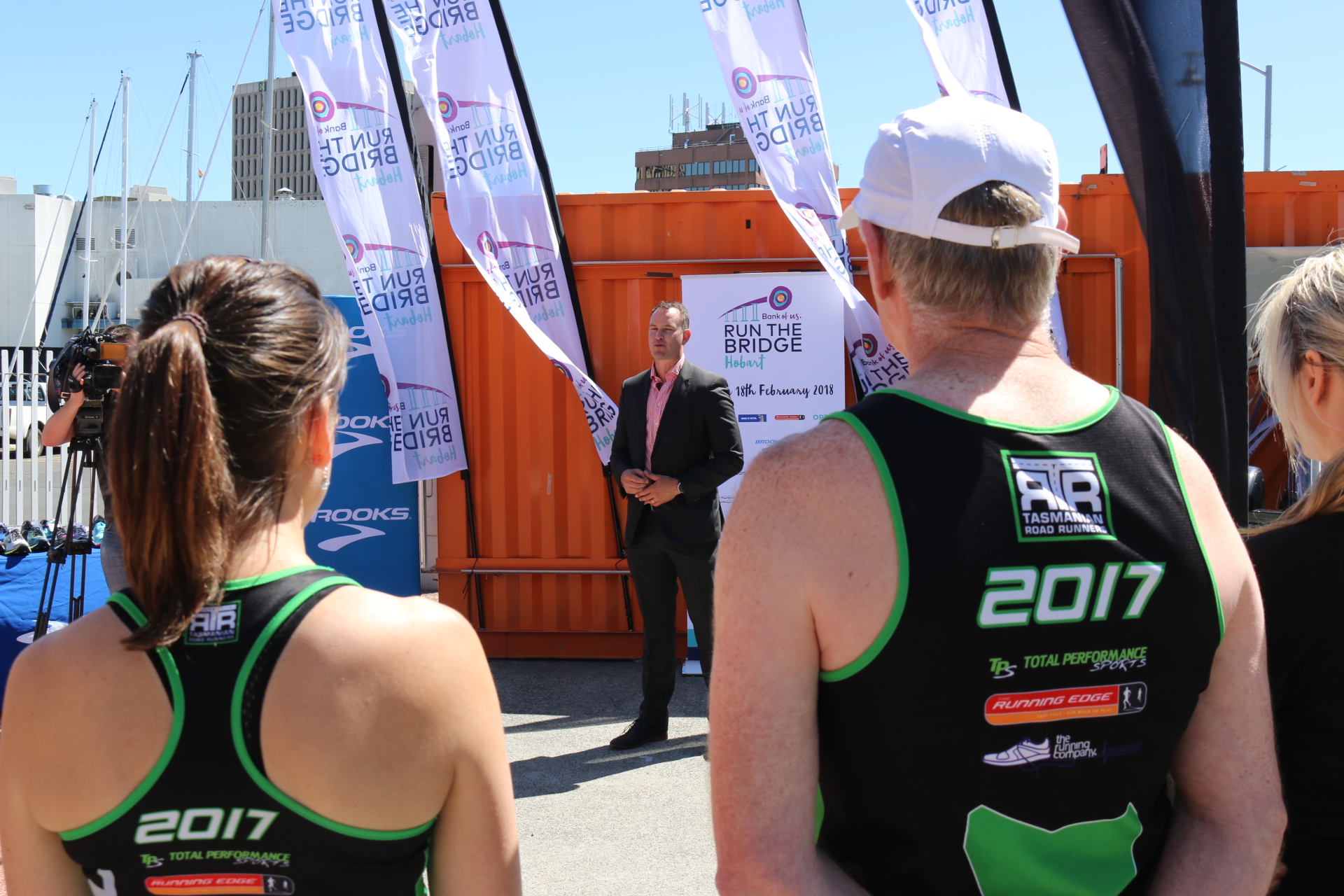