Olympians Milly and Liam to Return

Rio Olympic marathoners and past winners Milly Clark and Liam Adams have both confirmed they will line up in the 2020 Hobart Run The Bridge.

"This is probably the best 10km race in Australia. It seems to be the complete package race. It’s challenging, it’s scenic, it’s iconic, it’s got a fantastic atmosphere and vibe, and always manages to deliver fast times. It’s developing quite a reputation amongst the running community as a must do race," the Melbourne based athlete said.

Last year Adams bettered the course record, only to be beaten into third place.  The winning time of 28:30 ended up being the fastest 10km time in Australia in 2019, with Adams clocking an electric 28:56.

"Last year there was quite a number of elite guys in prime condition that were ready to throw the challenge down to each other. It wasn’t really a tactical race like some other years have been, it was fast from the start. Everybody seemed more concerned about running faster times so there was a lot of working together and trying to run each other off their feet," the 33 year old Electrician said.

With qualification for his second Olympics in arms reach, Adams has been putting in the training block of his life and comes to Hobart ready to run fast.

"I’m definitely coming in with better form than last year. I’m currently doing a really strong block of marathon training which I should be able transform that strength into a fast 10km. I’m hoping to run at least 20 seconds quicker than I did last year.

"I haven’t heard who is running out of both the females and males category yet but Brett Robinson's strong performance last year has definitely made the battle of the sexes more even. It's quite possible that you might see a male and female athlete both dipping at the line this year," Adams added.

"I think I ran 34:28 for the win last year.  Now I could almost hold that for a marathon," the Launceston athlete laughed.

In fact she proved her fitness at the Cadbury Marathon last month, breaking a 34 year old course record in the half marathon, then backed up 2 hours later to run 34:01 for 10km.

"2020 is an important year for us athletes.  No one is mucking around, we're fit, competitive and we'll show that on February 23 in the streets of Hobart," Clark said.

Following the men's course record last year, the 'battle of the sexes' concept will once again have new times, with the women starting at 7:25:49am and the men at 7:30am with the main field.  The difference of 4minutes 11seconds being that of the men's and women's course records.

"The boys caught me just off the bridge last year.  Now we have an extra 27seconds and I'm running at least a minute faster than last year, us women will take some catching," Clark declared.

Images of Milly Clark and Liam Adams are available upon request. 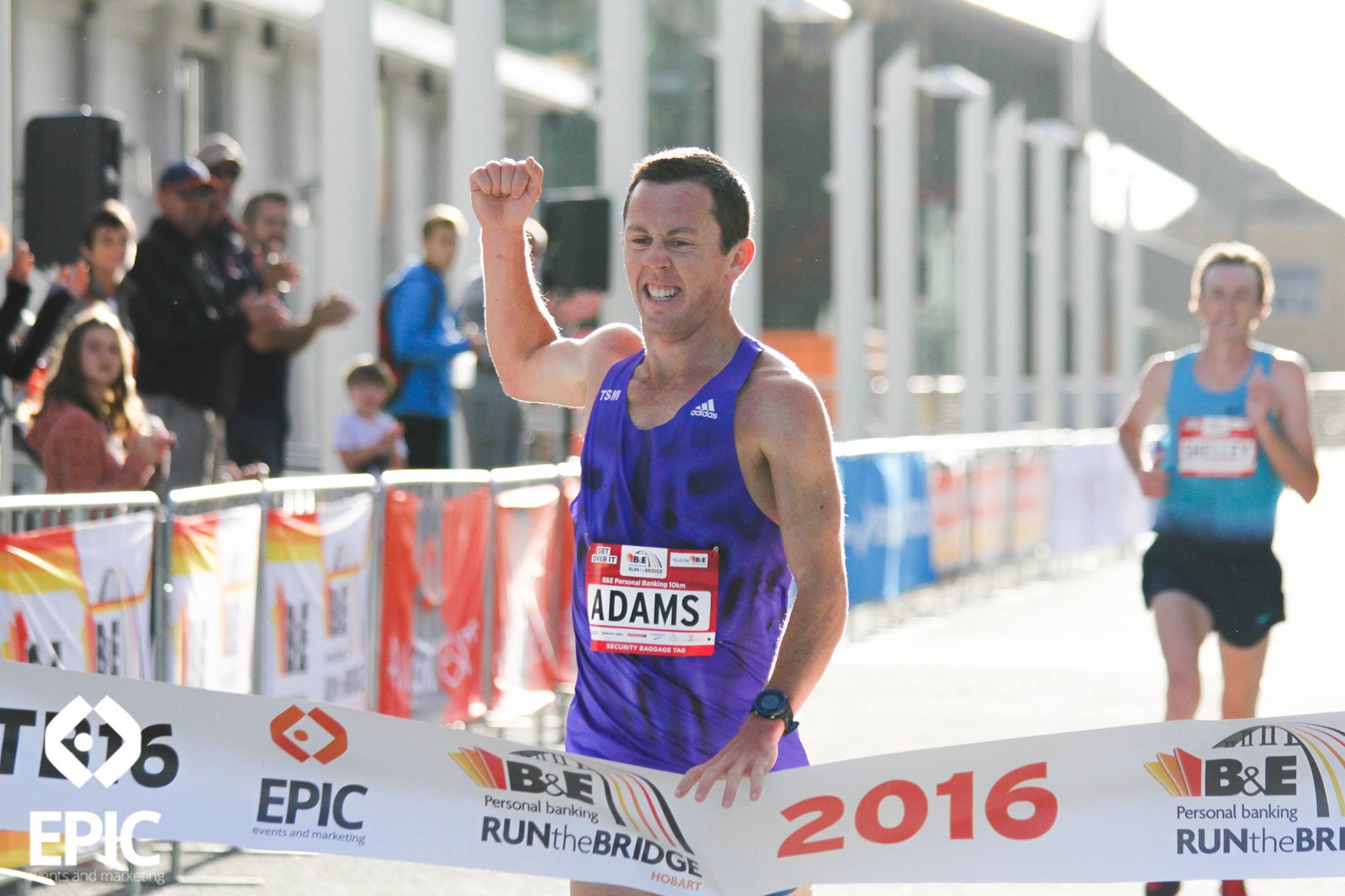