Last year 'Robbo' obliterated the City of Hobart 10km course record, running 28minutes 30seconds.  That time was the fastest on Australian soil for 2019 and the Olympic finalist pocketed $5000 for his efforts.

Two days ago, the 28-year-old ran the fastest half marathon ever by an Australian, clocking 59:57 to win the Marugame Half Marathon in Japan.

"It means a lot, breaking 60minutes has been a life time goal of mine for many years. To be at the top of the Australian half marathon list gives me a lot of confidence going forward in my marathon career," Robinson said.

Since his record run in Hobart last year, Robinson has gone up several notches in his running career.  In April he ran the London Marathon in 2:10:55 to get the Olympic qualifier under his belt.  In October he then lined up in Austria to help Eliud Kipchoge as one of the pacers for the successful sub 2-hour marathon attempt, before running the New York Marathon in November.

"I feel like I’m in very good shape, training has started to click lately. I took a good break after New York marathon and took a while to get going well again but I feel it gave me a good rest from training and I feel fresh.

"Being around Kipchoge and the other pacers you learn a lot about how the best athletes in the world go about their running. They are all relaxed and listen to their body. I think most of all I learnt about relaxing as much as possible in races and not wasting unnecessary energy," Robinson said.

Reflecting on his victory in Hobart last year where he and Harry Summers had a dual deep into the 10km journey, Robinson said he was hoping to go faster again in 2020.

"I had a very good battle with Harry Summers last year and I didn’t know if I would win until the last km. We were both in great shape so it was good to go head to head with him.

"I think I am in shape to run the record again. But it helped having Harry pushing the pace on the downhill. I’ll see what the others want to do in the race. Most important is winning the race," he declared.

Following Robinson's record breaking run last year, the elite men will need to give the elite women an additional 27 seconds head start this year in the 'battle of the sexes'.  The elite women, which will include defending champion Milly Clark, will now start 4minutes 11seconds ahead of the elite men.  Robinson isn't phased however.

"I caught the girls early last year so even with the extra 27seconds I think I’ll get them but it will be In the final stages I think," Robinson said.

After making the 5000m final at the Rio Olympics, Robinson now says he is firmly committed to the ultimate marathon distance in Tokyo.

"Yes, the next 6 months is all getting ready for the Olympic marathon," he firmly stated.

Robinson will be joined on the start line again by 4 time race winner Liam Adams, with more names to be announced shortly. 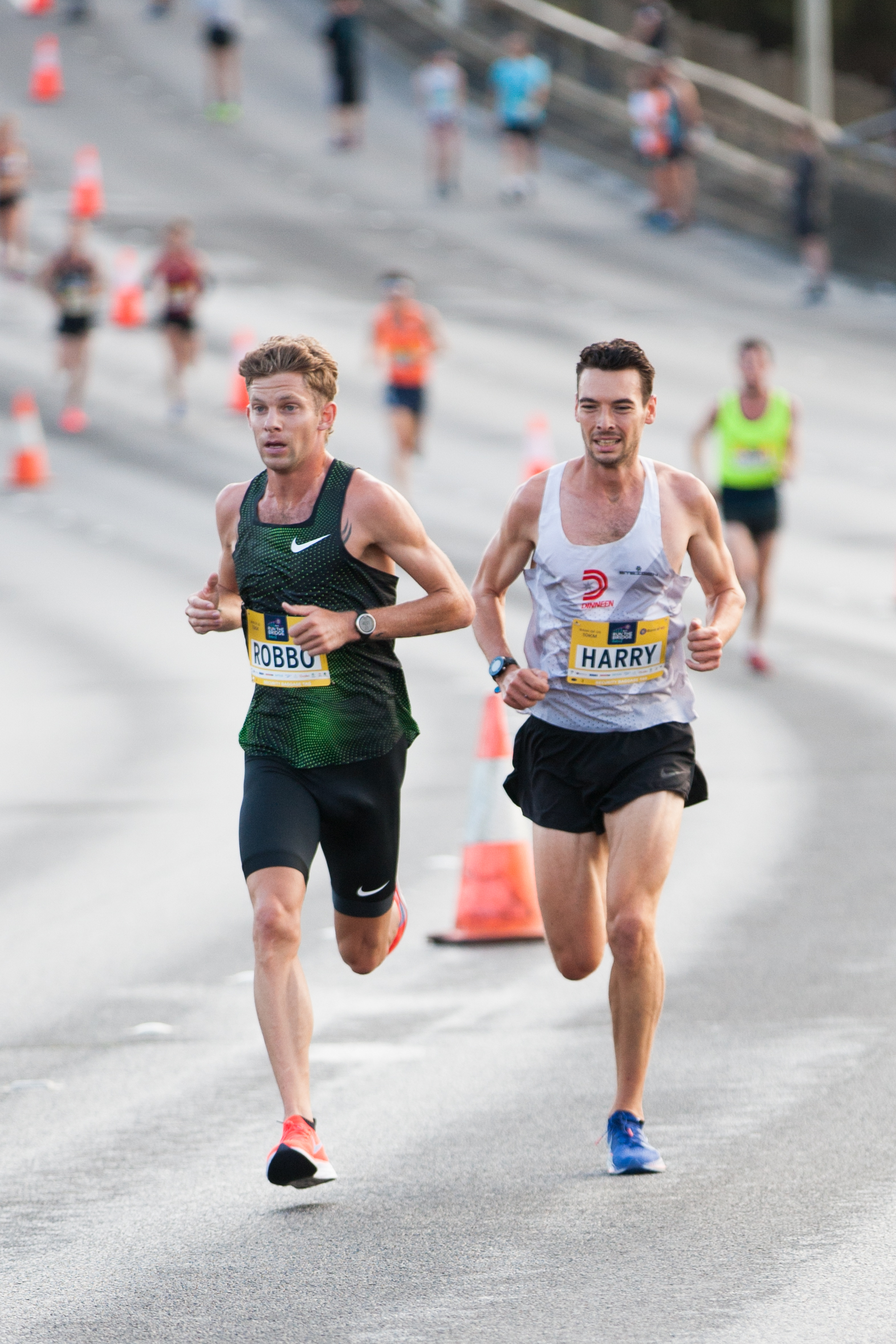