Olympic Finalist Brett Robinson is lining up on debut in the Bank of us Run The Bridge 10km.

Olympic Finalist Brett Robinson will make his debut at the Bank of us Run The Bridge on February 17, with the course record firmly in his sights.

The 27 year old made the 5000m final at both the 2016 Rio Olympics and 2013 World Championship in Moscow.  The four time Australian champion last tasted success on the roads of Tasmania in taking out the 2016 Burnie Ten in a swift time of 28minutes 29seconds.

His stable mate Dave McNeill set the course record for the Bank of us 10km in 2017 of 28:57, but Robinson believes it can fall on February 17.

"I’ve heard the course is challenging but if you ran smart you can run quick. Obviously going up the bridge is hard but what goes up must come down so I’ll be trying to make up time on the downhill. I think if conditions are good the course record is within reach," Robinson declared.

Celebrating its 10th year, the Bank of us Run The Bridge is once again the richest 10km road race in Australia thanks to the unique battle of the sexes competition.  The first male and female will receive $3000 with the first 'person' over the line receiving a bonus $2000.

This year the elite women will receive a headstart of 3minutes 44seconds, the shortest in history following a new women's course record set last year by Lisa Weightman.

"I’ll be trying to catch the women’s leader so I think it will take breaking the course record to do that," he said.

Robinson announced that he is running the London Marathon in April and will use this as a major lead in race.  The Victorian based athlete previously started the Fukuoka Marathon, but see's London as a major assault on the ultimate distance.

"I struggled a bit after Fukuoka marathon but starting to come into some good form now, I’m using the Bank of us Run The Bridge run as a lead up race for the IAAF World Cross Country in Denmark in March and for the London Marathon, so it will be a good indicator to see how fast I can run," Robinson added. 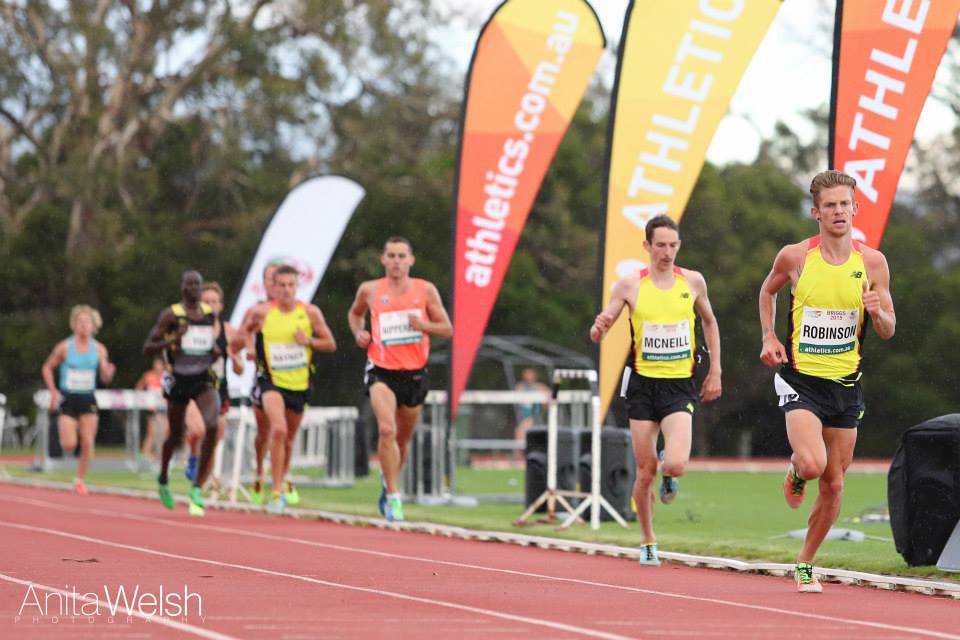