Trio of Olympic Women to do Battle

Olympians Milly Clark, Victoria Mitchell and Andrea Seccafien lead the list of contenders in the women's race for the 2019 Bank of us Run The Bridge 10km.

Victoria Mitchell, Milly Clark and Andrea Seccafien are no strangers to the big time.

All three represented their countries at the Rio Olympics and have all raced the Bank of us Run The Bridge previously.  Now they return to face off against one another next Sunday in Hobart.

Mitchell returns as the only previous winner, taking the 2016 title in 33:33 and is looking forward to adding another crown to her title.

"I have great memories of the Bank of us Run the Bridge as it was one of my biggest victories on the road running circuit. It’s not often I beat Eloise Wellings, but i did that day! It was a surprising win and I hope I can surprise myself again this year," Mitchell said.

Known for sporting fluoro bright pink hair when she runs at major championships, 36 year old Mitchell has represented Australia at the Beijing and Rio Olympics, along with three Commonwealth Games and three world championships over her favoured 3000m Steeplechase distance.  However the Albury based runner said she loves the running scene in Tasmania.

"I always enjoy going to Tassie as there is a great running culture and the support is fabulous!" she declared.

Marathoner Milly Clark declared the event her favourite on the circuit.

"It's by far my favourite race in Tasmania.  There's so many iconic parts of Hobart you get to experience and racing over the Tasman Bridge on a Sunday morning is something special you can't do any other day of the year," Clark said.

Clark was Australia's highest placed marathoner in Rio, placing 18th.  More recently the Nutritionist has moved home to Tasmania and is enjoying the training surrounds of her native state.  After a long injury layoff over 2017/2018, Clark is looking forward to reaching full fitness, something that she said isn't too far off.

"Being back in Tasmania now is so refreshing.  I did the Sydney thing for a few years, but I love living in Tasmania.  The running is sensational and the sense of community at events like the Bank of us Run The Bridge just isn't replicated anywhere else," the 29 year old said.

"I've been doing some training in Launceston with Karinna Fyfe recently and she is moving well, so I'd expect her to be right up there in the finish also," Clark tipped.

Canadian Andrea Seccafien also returns, after placing third last year.  The 28 year old ran the 5000m at the Rio Olympics and steps up to the 10km road race in her first race outing since the 2018 European summer. 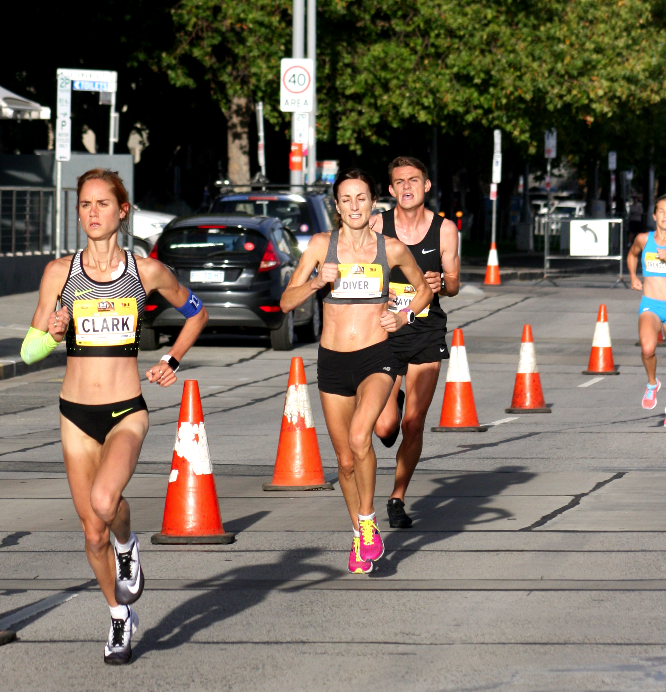