Wellings Returns for Battle of the Sexes

Defending champion Eloise Wellings is back in 2016 as a late inclusion as the momentum builds for this weekends B&E Hobart Run The Bridge 10km.

The defending champion, only confirmed yesterday two days after placing third at the Marugame Half Marathon in Japan.   “I pulled up well from my race in Japan on Sunday, so I’m good to go and excited to race in Hobart,” Wellings declared.   Wellings first qualified for the Olympics as a 16 year old in Sydney 2000, however injury kept her out of Sydney, Athens and Beijing.  She then went to London 2012 and in December confirmed her place on the team for Rio 2016 in winning the Australian 10,000m championships under the qualifying standard.   “I’m really excited to be selected for Rio already.  It means the pressure is off to produce a qualifier, so my focus can just be to train and prepare for August,” the 33 year old Sydney sider said. One of the greats of Australian distance running, Wellings sits second on the all time listing over 3000m and 5000m behind Benita Willis and was a World Championship finalist last year in Beijing over 5000m. Her experiences played a role in the decision by race organisers, over a conversation at last years Gold Coast Airport Marathon, to implement the ‘Battle of the Sexes’ concept, whereby the women will start 4minutes and 12seconds ahead of the men on Sunday morning – the difference between the mens and womens course records.   “It’s exciting and I love the concept of battle of the sexes.  Starting in front of the main field will mean we’re just running as fast as we can the whole time and it will take the tactics out of it,” last years winner said. “I love the Tasmanian road running scene.  My memories of last year were of the crowd at the finish, plus along the course when you double back near the end.  10km is a long way for some people and I get inspired by people who are out doing their best who aren’t full time runners,” she said.   Wellings’ inclusion adds to an already phenomenal field that includes Olympians Jess Trengove and Victoria Mitchell, plus Olympic qualified marathoner Milly Clark and English Commonwealth Games representative Charlotte Purdue.   For more information on the B&E Hobart Run The Bridge, download the 2016 Event Booklet.   Entries are open online until midday Friday 12th February. 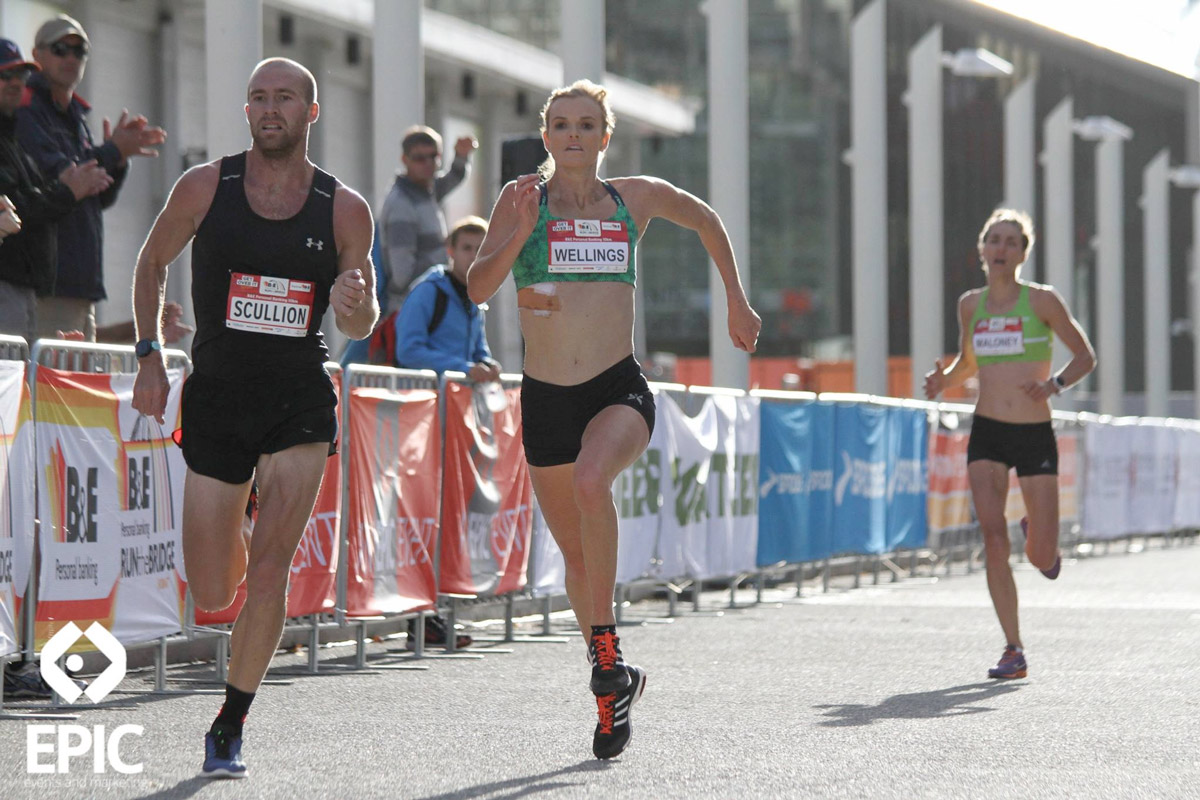